Sat Feb 22 16:53:34 2020
<8f79fcda> &gt; I think people need to be reminded of the plight of Africa, and that everytime a nation is demonized, it is because it resists globalism aka NWO, not because it is terrible. The Libya destroyed by Team Hillary was a repeat of Rhodesia, their allies betrayed them while supporting their enemies.

The west presents itself as humanitarian and justice oriented, yet without fail it seems every western nation of any power/influence backs the tyrants, the revolutionaries, the terrorists, instead of the good and moral leaders that pop up once in a while. We can’t ignore that every country running down the alphabet starting with America is guilty of this, the only conclusion we can make is they are all occupied territory.

The NWO wasn’t first exposed with Qanon or even George Bush who first spoke it publicly, we’ve known this for over a hundred years, much longer in some select places. It wasn’t an accident that Rabbi Wise lamented that Mussolini had ended Freemasonry in Italy, or there was outrage among the elites when Hitler jailed one of the Rothschilds, but there was no global outrage when African countries slaughtered white citizens, then or now. Feel free to look up the origins of B’nai Brith who’s attack dogs the ADL are busy censoring virtually every western social media platform, the ones who record a jewish kid painting swastikas on a door as an anti-semitic hate-crime to inflate their statistics, to push further police-state legislation. It’s all connected. Victimhood and evilness are designated in the precise inverse.

We hear over and over how terrible Russia is to gays for banning public displays of indecency, and thereby banning “pride parades” where grown men helicopter in front of kids, does anyone think the vital ingredient missing in Russia is gay pride? We hear how terrible Iran is for hanging some “gay men” who actually raped underage boys, does anyone think Iran would be a great nation if only they allowed pedos to run free like Epstein? Perhaps what Venezuela needs is more sub-prime lending institutions to cure their sanctions created currency crash? Maybe those Boer being raped and murdered in South Africa just need to learn about “white privilege” to make things better?

We all need to stand back and see the world as a series of strings pulling their marrionettes. Every conspiracy theory you know is but a small slice of grander conspiracies, pieces of the jigsaw puzzle, but it’s easy to see them as isolated incidents or unrelated groups. Likewise we often see counter-action to some of those conspiracies, also often too narrowly focused, or selectively blind. Unfortunately for many of us, many of these conspiracies are generational, they take place across such length of time that we don’t notice the progress they are making until it’s too late. I’m sure none of you expected a mere 10yrs from legalizing gay marriage to court ordered sex transition therapy for kids.

Sometimes smart people get caught up in their particular interest though, and this too is worth paying attention to. For example they go on to speculate entire fantastical connections, like this recent upswing in the Duginism thing, which speculates that the fall of American hegemony to enable Asia to be its own economic/social/political powerhouse is all according to an unpopular plan, when it is the natural result of an empire coming to its end, as it did when Rome fell. Even if there was a plan, if there are pragmatic reasons for everyone involved, the plan doesn’t have much weight in itself.

The problem we have explaining any of this to the average normie is like Mark Twain’s truism about the difficulty convincing a person they have been fooled. To break the spell that most people don’t want to break, you have to destroy a person’s carefully constructed worldview, and all its precepts. Very few people are willing to have their illusions shattered, it isn’t a fun process, and for most of them, it brings no reward, affirm or improve their life.
<8f79fcda> <https://www.catholiceducation.org/en/controversy/persecution/a-rabbi-s-warning-to-u-s-christians.html|https://www.catholiceducation.org/en/controversy/persecution/a-rabbi-s-warning-to-u-s-christians.html>
— A rabbi’s warning to U.S. Christians
— I am certainly not a Churchill. I am not even a Revel. I am having enough trouble just trying to be a Lapin. But I am issuing a very serious warning a… 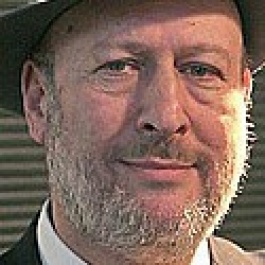