Tue Jan 14 03:43:39 2020
<502edbb8> <https://www.reddit.com/r/PublicFreakout/comments/eo724n/reupload_streamable_link_deleted_grainy_video/>
— [Reupload; streamable link deleted] Grainy video appears to show an unconscious man getting pushed out of a 29th story window from police quarters in Hong Kong. The Hong Kong police have currently listed this case as a suicide and ruled it not suspicious
— Posted in r/PublicFreakout by u/Hot_Blooded_Citizen • 18,746 points and 672 comments
<40112834> Is James Caan on ANY recent HK flight manifests? <https://apnews.com/e3d53df1ea44ef4fae0992ef20541f21|https://apnews.com/e3d53df1ea44ef4fae0992ef20541f21>
— Police Say Man Accidentally Fell to His Death; Actor Cleared
— LOS ANGELES (AP) _ Actor James Caan, who was questioned by investigators for hours in the death of an acquaintance, has been cleared by a police report that says the death was an accident. Mark Schwartz of West Hollywood was fatally injured when he fell eight stories early Saturday while trying to reach an apartment where Caan was staying, police said Monday. ”It appears he lost his footing and fell to his death,” Detective Vic Pietrantoni said in the report. ”An autopsy was conducted which confirmed that the cause of death was related to the fall.” 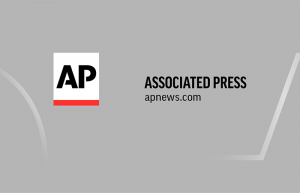